We have been eBay patrons for many many years, probably almost since it’s inception. But lately, it seems to become more and more of a wild west and less and less of organized trusted marketplace.

Check out this latest example of an auction. Could this be an antique sold by resident of last century? Must be, and he’s probably a ghost by now! That or there was some other reason that eBay blocked him from selling and supposedly removed him/her (see screen shot below for evidence).

But, even though the user is not registered since July 2006, his/hers auctions are doing just fine. There are several of them ending daily, some even with Actual Winning Bids!

I wonder what the poor folk who pay the person can expect for their money. There isn’t even a way to leave negative feedback, once the user isn’t registered. But it gets better! We have decided to alert the “excellent” eBay customer care to this alarming situation, and got a reply back, several days later:

First of all, I would like to thank you for reporting such an important information to us. Valued members like you are indeed an asset to our community.

The best part is, that the form they are referring us to has no such reason in valid complaint drop-down as ‘unregistered user selling’, or even ‘other’. And, presuming for a second that our complain ended up in the ‘wrong’ department, they can’t forward emails/complaints inside eBay customer care?! They have to ask us to resubmit?!

Just to make sure I bore you to death with this post, there are more horror stories from other users and one that we ourselves recently ran into. And trying to resolve it with proper eBay channels is impossible, it seems that they don’t have the time to read even few sentences of your complain to understand the situation. Instead, they are shooting standard email responses completely unrelated to the question/concern.

Well, rant over. I think eBay is still fine for those cheap unimportant purchases, but if you are planning to make a major purchase, beware!!!

Us? We are giving up at this point. Maybe the good folks at Consumerist can pick it up and get to the bottom of this.

Seriously, with all the Millions and Billions eBay and PayPal making on these auctions, they can’t find good programmers? Or decent customer service? 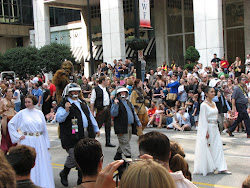