I just couldn’t resist the title, it’s just too funny. But on a serious note, Microsoft’s Windows Mobile platform is in serious trouble. Rumors flamed up again about Microsoft making their own MS branded hardware device, presumably with Zune functionality built in.

In my opinion Microsoft really can’t blame the OEM’s this time (like they tried with the Media Player Plays-for-sure fiasco) and “Come Out with their own Phone-Done-Right device”. I think OEM’s tried as hard as they could, over the last few years, to Make Windows Mobile Work. They developed their own additions and enhancements to the Windows Mobile, trying desperately to “prop-up” the ailing platform. But, no luck thus far – Today I can’t recommend any of the Windows Mobile smartphones, after experiencing the iPhone and RIM’s offerings…

I think it is really a combination of issues, from the slow display drivers/response (bad for UI overall, especially video and navigation), to seriously lacking Internet browser (where is their Deepfish?). But the biggest issue of all, ironically, is their openness, allowing problematic plugins (that consume CPU and Memory) to run on the Phone’s front page and allowing the many programs to run in the background, slowing phone down to a crawl. I say Ironically, because this is the biggest thing that iPhone disallows – only single running application and very controlled “3rd party software”. Of course it is also biggest complaint about the iPhone, since we can’t have our “gTalk” running in the background for people to reach us, which seriously cripples the usefulness of the whole “Unlimited Data Plan”.

Meanwhile, Android to the Rescue! Yea, more on that to come, stay tuned! 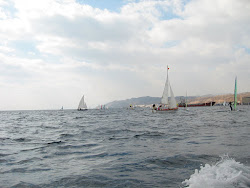