Today I remembered a curious little application, which I wrote back around 1989, if memory serves me right. So, decided to document this for the future generations and you, loyal readers.

Back then, in mostly age of DOS, it occurred to me that one can easily create “An Engine” which could easily be reused in many different applications without any coding. The simple idea was to combine files with pre-prepared “screens of text”, and have a master “script” file, which describes the flow between the screens of text and tells the engine what to show, and what to do if a user selects X or clicks on Y. The whole thing took less than a week to write, if I recall correctly.

This wasn’t any major breakthrough, mind you. Even back then, awesome Sierra On-Line figured out that by coding single “Game Engine”, and giving it "Assets” (such as graphics, music and overall “story-line” script), you can create myriad of quality entertainment quickly and with consistently high level of quality. The quality comes in because “Game Engine” itself is small and highly optimized piece of software.

Next we fast forward, through the rise of Macromedia, which essentially conquered game makers market by offering a effective pre-built platform with Engine and “Asset Creator” for graphics and animation. No forgetting the Shockwave player and ultimate unification of Macromedia with Adobe, through brilliant consolidation of companies, giving the world a single preferable standard.

The latest chapter in this saga brings us the Adobe Flex Builder with Adobe AIR platform. Suddenly, creating exciting business applications, with pretty animations and fast response time is as easy as loading up “Assets” along with main “Story script”. Well, in reality, business is never that easy, but this is clearly a Leap Forward. And Yep, your business application is running on the same optimized “Game Engine”, at 30 frames per second!

A Wish Come True for us business developers, who always wanted to Make Games!!!

One comment on “Business Apps at 30 Frames Per Second” 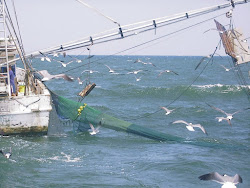