Now that Apple’s iPad is officially a hit, all the computer makers (and computer makers Wanna-Be’s) woke up and are planning to Flood the market with Tablets. Most will try to rush something out for this holiday season, even half-baked, so around Black Friday and shortly thereafter expect to see them Everywhere!

Part of the reason is of course Google’s Open-Source operating system, intended for Smartphones, is powerful and versatile enough to run on these bigger “mini” PCs. Interestingly enough, Google themselves said “Android is not designed for Tablets“, but who listens.

Bottom line, it’s going to be Blood-Bath – And I am not just saying this because it is Halloween!

My advice – Try to stay away this holiday season. Even the “original” iPad is still first version, and strong rumor going around that Apple will soon unveil significantly improved edition, which will probably cost the same (hardware is cheap in these things, believe it or not).

If you can’t resist – don’t spend above $200 and make sure to try it first if possible. Most of the units are underpowered and don’t have good CPU or screen-acceleration chip. This should be easy to “feel” if you try to quickly slide icons left/right/up or watch action video.

One comment on “Tablet PC Glut Incoming – It is an iPad Holiday!” 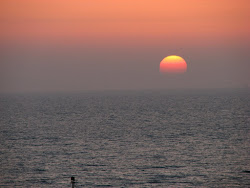