I spent last two days working hard on setting my youngest son up with his own dedicated desktop PC. What is interesting, is that his prime gripe about his earlier system was that it couldn’t run Minecraft properly, especially with some add-ons!

I really like to encourage less violent and more creative games and this one is definitely it.

Game graphics is nothing fancy in this one, and the whole thing is written in Java – not exactly known for it’s lightening speed nor optimized memory management. So, a good XP system with 1 gb memory was really struggling, and after just few minutes of play was grinding to a halt. Interesting, putting Ubuntu on there didn’t help any, and resulted in slowdown seemingly even faster!

So off I went to find a new system for my son with virtually no budget, but with goal to have him run latest games. So I started with refurbished open-box system from local Microcenter. It already had 6 gb DDR3 memory with Intel i3 and 1Tb drive! To this I added nVidia 440 GT graphics and 20” LED backlit display, and still stayed at around $500 mark!!!

The PC is screaming fast with Windows 7 64Bit and has no troubles with Minecraft at all. In fact, it also runs World of Warcraft at max settings with no problems either, especially after we discovered DirectX 11 support hidden in Advanced options in WoW!

So to all those analysts who project every few years that we would never need a more powerful computers, except if Voice Recognition or HD Video Editing takes off. While those scenarios never materialized – good old Gaming is keeping our demand for ever faster computers with prettier graphics Alive And Well!

So be sure your computer is powerful enough and dive in!

One comment on “The Minecraft effect on our computing power” 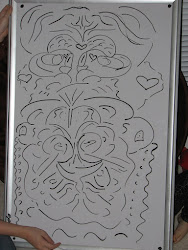