My son and I went through rather painful ordeal with this Event 11 that Windows quietly generates. It took us few weeks to fully work out why Windows suddenly started hanging, misbehaving or even crashing with blue screen. Now that I feel it is fully resolved, I thought I’d share my conclusion (and the process) – hopefully it will help few others out there who are struggling with this. Ridiculously, many people are likely affected by this issue, but unless they open Event Viewer and search for this event id 11, they will not realize that hanging is not “normal” behavior, even for Windows! OS seems to silently recover from this problem 10 to 60 seconds later, which is really strange in my book – considering that user isn’t even alerted to this serious atapi error.

For impatient souls among us, here are my conclusions:

I am pretty confident that this is the right diagnosis, as we went through a lot of trial and error investigative work, in a space of few weeks, after it started abruptly. At first, I was pretty much convinced that HD is dying. The system had two hard-drives, and the older hard-drive was seemingly working just fine, even with the same SATA cable and connected to the same slot on the Motherboard. Turns out it was using slower PIO by virtue of it being older HDD. During the troubleshooting process I reinstalled fresh Windows 7 64 Bit multiple times, on various HD drives, only to see the issue start happening almost instantly after clean install. Few days ago a fresh HDD became available (separate long story), so I tried replacing the “dying” HD. Guess what, it being newer HD, it was instantly affected by the same issue, even though I put clean Windows there also. Thus it was concluded that controller was faulty, and I went shopping for a new motherboard. As an aside – DDR3 memory is Ridiculously Cheap. I was able to pick up 8 GB of Gamer grade memory for $25 (after rebate), so that is another bonus with upgrade.

We ended up replacing CPU also (time for upgrade anyhow), but all other components stayed the same. Right now I have 3 Hard-drives happily working flawlessly there, including the “dying” HD, and the rest of the computer is faster and better than ever.

Feel free to leave comments if you are still struggling with this issue, and I will try to answer. Good Luck and Happy New Year!

PS: As a bonus tip – while I was troubleshooting, I had to reinstall Windows 7 couple of times on various HD drives. Did you know you can avoid “tarnishing” your license in such scenario by Skipping product key page during Windows 7 setup? Very handy, and then you have up to 28 days to put your real key in and activate. During that period Windows is fully functional and we had used it like that for over a week while troubleshooting.

21 comments on “Solved: The driver detected a controller error on \Device\Ide\IdePort2” 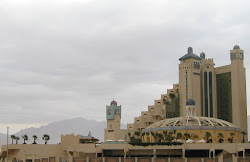