The Adventures of the Me-2 Ship
Adi R / General / Tags: Android, Innovation, RIM / Comments Off

This famous ship sailed the seven seas for years and years. It rode the waves up and down, and often seemed like it will capsize, but it managed to survive. The ship’s crew has long lost hope of finding the promised land, depressingly they pressed on, forgetting why they embarked on this voyage to begin with. And worse yet, their captain lost all hope as well, misguidedly he just stood on the lookout, blankly staring onto the endless sea

No, I am not getting into publishing Children’s Books, though maybe I should, since new iBooks Author makes it easy. Instead, this post is all about the venerable Marketplace, the tough competition and the Innovator’s Dilemma.

I wanted to weigh in on RIM’s situation, after reading about Mr. Heins trying to defend himself and his company. Granted, RIM really was an innovator back in a day, with their breakthrough platform for routing emails, internet and other information we care about – directly to our mobile devices. Today, however, that is a bygone conclusion – a feature that everyone expects as Standard right now.

Apple outplayed them (and pretty much everyone) by focusing on User Experience. I really believe they were the first to realize that good user experience starts with Presentation, and they invested to bring Top Notch graphics into mobile devices. They also realized that Battery Life is critical – a cell phone without power is a paper-weight.

But how does one innovate? Start by reading latest Sci-Fi, then ask yourself – why is this fiction? Maybe it is Seth Godin’s Poke the Box influence on me, a book I am enjoying this week, but I really want to give some tips for once-mighty RIM. Being a Me-Too is a tough place to be – especially in the current marketplace. With three mighty companies there (Apple, Google and Microsoft), and with biggest decision point for consumers (all else being similar) is focused on Overall Experience and Apps Ecosystem.

Innovation is all about revolution and radical jumps forward, not small incremental improvements. Alas, did you know that Large Jumps Forwards are HARD?! I say RIM should focus All Their Resources on Radical, on Revolutionary, on Rethinking. And maybe I don’t see it, but bringing us yet another operating system (or platform on top of *NIX) is just a Large Waste of Resources. Those talented people should be focused on revolutionizing every other aspect of the mobile experience, and leave the base platform alone, to leverage existing ecosphere of Apps.

I was going to title this post “The Exciting Adventures of the Brave Me-2 Ship”, but you know what, being a Me-2 is never exciting nor brave… 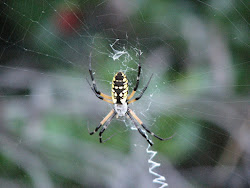