Today I want to reflect on Zen of iOS and overall Apple philosophy. But first, there’s a disturbance in the force that I must deal with. My overall tranquility has been compromised, and by Apple Genius Bar employees, no less.

Here’s the issue at hand – the list of icons displayed at the bottom of iOS device when you double-click The Button. The “Geniuses” at the Bar insisted that All These Apps were Running, even though I just fully rebooted the device! Furthermore I watched them toil for a long time to Delete My Icons, from a VERY long list which came together as I tried most of my 400 apps, and apparently were the cause of my broken iPad microphone.

Although I am yet to reference Apple SDK on this, I feel that my own understanding here is correct. I believe that iOS shows icons of apps that are Running together with recently used apps. If I open too many apps and device starts running low on memory, it will silently shut down Apps in the background, but leave the icon on the list for re-launch as expected. When I tried to contradict Apple employees on this, I was asked whether “I work for Apple”, which furthered my disturbed serenity.

On the way back as I was enjoying excellent Zen and the Art of Motorcycle Maintenance audio-book, I think I developed deeper understanding of what “Intersection of Technology and Liberal Arts” really means at Apple. It is all about device keeping us “at piece” with how we expect it and the World to behave – Serenity is the secret sauce!

Still, back to the disturbance – I have noticed that this specific “running apps” issue is a source of frustration for many people, even some who don’t know true source, but are still frustrated. This is especially felt with iPhones, as they can’t understand why their device lasts all day on one occasion, but dies prematurely the next day, seemingly with exactly same amount of usage! I believe that a person who was deciding to show Running iOS apps list was approaching it from Simplicity and Practicality perspective, not from the Zen  and Tranquility Angle! Otherwise, something as simple as Glow or Highlight on an App that is actually running and consuming battery/resources, however little, would make All the difference people need to eliminate this frustration!!!

That brings me to yet another disturbance that Apple is suffering from, in my book. In the Real-World, the number of mediocre to purely useless Apps is continuously growing! Sometimes, what was state-of-the-art on iOS 2 is almost offensive on iOS 5. Yet, nothing is there designed to help us depreciate our unused Apps, and suggest newer alternatives. Normally I would jump on this as “Startup Opportunity”, but Apple locked up this opportunity for allowing us to Innovate management of Ocean of Apps. Even as brave Appsfire still managed to sneak in there, the efforts are painful and can’t fully develop,

In short – the Magic we’ve come to expect from Apple devices is being compromised! These little things band together into a growing disdain, something Steve would never accept! Seriously, putting “Talking Tom the Cat” (or Ben the Dog) right up at the top, next to ABC, Wall Street Journal and Netflix apps – makes sense to you?!? Clearly these appeal to VERY different audience, and although App Genius tries to resolve some of that, not being able to remove old apps or categorize Kids versus Adults, is a Big issue.

For me, the mere act of putting these thoughts out there and reading your comments is sure to restore the Tranquility – that and the next iOS upgrade!

PS: Thanks to my old friend Eran Zadok for recommending this wonderful book to me about 15 years ago – yes, I am a bit behind on my reading list 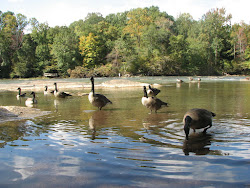