My sister is just starting studies for Computer Sciences, and unlike what I remember from my days, in the first Intro course, they are trying to fill her head with nasty recursive algorithms.

What gives? First, I want to hear from the community, who else thinks that studying recursive algorithms is a good introduction to Computer Science, for someone who doesn’t know what is a Parser, Whitespace or Compiler. They used Java as a language for intro course, which I think actually was a good idea, but venturing into recursion, why?!

Seriously, how often in your daily developer career and activities would you use it? Even if it is needed, who among us wants to risk blowing up the stack, when so many other more optimal solutions are usually available?

In general, I think Computer Sciences have lost their way lately. The Science of it, at least. It really needs to refocus on solving real problems. What are real problems, you ask? How about starting off with creating next generation of web-like networking platform? Or new wave of development tools and languages? Object Oriented was invented too many years ago, and the Intentional Programming hasn’t really taken off, nor have other ideas. Surely there are better ways! Who’s trying? There are some novel ideas in XML use as development platform in many areas, especially XAML in Vista‘s WPF layer.

Lets see what they study next, if in the intro course they mastered Recursion, I have high expectations now! Meanwhile, post in comments what you think the next great frontier in CS research should be, lets get some collective wisdom going here!

2 comments on “Recursive Algorithms and other sins” 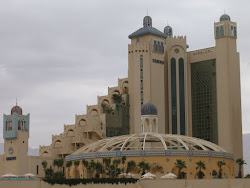