I use my Zune 30GB daily, but not today, thus far. I was afraid to even try today, but decided it is important to, for you, readers. So, found my Zune also Dead this morning, though it was fine last night. It’s hung now, during boot-up, so doesn’t boot… As I learned on the Net this morning, some bug associated with Dec 31st caused all original 30Gb models to fail.

These devices are firmware upgradable, so lets see how fast can Microsoft not only identify the issue, but actually issue a tested patch for us, poor folks.

Another interesting thing is how fast they heard about it, via the Blogosphere. I am sure people called in Customer Service also, but those Reps on the phone are paid to “repeat the standard troubleshooting procedures”, and no more. As most CS centers go, they are actually encouraged to never escalate issues, so I would be surprised if they, even after hearing so many people call, managed to get the note out to Zune Dev Team that “something was Up”. I will update this post as things develop.

UPDATE: After I read earlier that Apple’s Macs are ready for special “leap-second” year, I thought — probably Zune is affected by that. Well, we now have confirmation from Zune team , and it looks like tomorrow my Zune should be back to normal! I’ll update this post again tomorrow.

UPDATE2: Welcome to 2009, Happy New Year! Quick update – Zune battery ran out yesterday, as planned. This morning I charged it from computer, and it’s back to Life! Working fine, as promised! Hope none of you rushed to break your Zune or do anything crazy to get to battery. 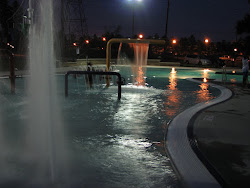