As you may have heard from me in the past, I was very impressed with Beta and RC version of Win 7, so I was among the many people preordering a copy when special $50 offer was available for a limited time. In fact, local MicroCenter store offered $40 preorder option at the time, so I jumped onboard. I also decided to use this opportunity to migrate to 64 Bit and fully utilize my 4Gb memory (which I think I will upgrade to 6 GB or more in the future).

Knowing that 64 Bit Vista and Windows 7 RC don’t like my motherboard, I decided to replace that also. So had it shipped just in time for Oct 22 release date, and set out Friday night to rebuild the whole box and install fresh Windows 7 Home Premium 64 Bit. For those who care, here are some components I updated on my PC, via Newegg, of course: P45 Motherboard, nVidia 9600 GSO and 640 GB hard-drive for clean install. I kept other components, including my 4GB memory and my Intel Q6600 quad-core CPU.

It installed without a hitch, besides minor snag where it wouldn’t activate right. During the install, I disconnected my Vista hard-drive, as I didn’t want it to touch that boot loader (it has dual Vista/Ubuntu boot). When I later came to activate Win 7, even with fully licensed Vista right there on the other HD, it complained. Luckily there is simple fix for this bug.

Since I used mainstream components, it seems that 64 Bit drivers was mostly non issue. I had strange issue at first with my Motherboard embedded networking card. It worked, but then stopped. I later found that Windows Update decided to “update” networking driver to OLDER version. Once identified, a simple “rollback driver” button click resolved the problem.

I was happy to discover that Zune software has 64 Bit flavor, and so does iTunes (though it’s only drivers, I think. iTunes itself runs as 32 bit, blah). Steam works great, and this is again why I love steam, as I was easily able to reinstall games I wanted and purchased in the past. World of Warcraft works great also! In fact I saw FASTER FRAMERATES, on what is essentially the same hardware (but 64 Bit and newer drivers, faster HD).

Another HUGE improvement – SILENCE!!! This is both when it runs, the HD is not overused and generally fans are running low also. And Hibernate works GREAT! I can just walk away, it goes to hibernate after 30 minutes and I can just turn it back on when needed, entire resume is under 30 seconds.

I am still installing software and bringing over my documents, etc. I am reluctant to put Office 2007 on, and rather wait for Office 2010 (betas are planned soon?). Did you know that iTunes can sync contacts Directly with Yahoo! Address Book?! And Plaxo can sync directly with Yahoo! Get the picture, folks!?

To summarize, so far – very stable and fast! I am enjoying it!!! I’ll report more in the future! 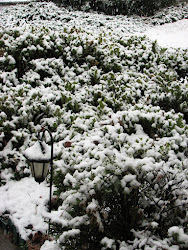