TLDR: Arris/Motorola SurfBoard Cable Modems (and perhaps others) are constantly showing up with Duplicate MAC Addresses, even though each manufacturer must only make Single device with same address.

Looks like it is time for another fiasco/fight with Comcast for us, something that has become at least annual affair. It all started about a month ago, when we saw Comcast truck nearby adding another “happy” customer to their poor network.

As expected, our signal instantly degraded to impossible, with even (digital) TV channels disappearing at times and mostly becoming “blocky” with compression noise. Being busy people, we thought “surely comcast monitors their network and will fix it in a week or two”. Alas, nothing like that happened so a week later we called in.

Technician reluctantly showed up another week later – checked the signal to the “Curb” and shockinly proclaim “it is Way too weak, but I Can’t Do Anything“. He promptly left assuring us that “network people will resolve it”.

About another week later I called in for status, and was told there is no status, no issue, no tickets, no problems. Few days later our Internet died completely, with Modem reporting “no signal” at all. This is where more fun started – A Call to Comcast about modem was met with “What Modem? You Don’t Have One on the Account!”. Really? So how come you were happily charging me Overages for months and months? Turns out my MAC Address is used by someone else somewhere on the West coast, and I must urgently take this modem to local XFinity Center. About half an hour drive later, and another half an hour (with screaming child) waiting for service – happy Rep told me “Oh Yea, we see Many people with this issue. For some reason the phone guys sending customers to us, but really there is Nothing we can do either”. Showing happy clerk the receipt for our modem from 2 years ago (which I kept), the physical device, the assurances that it worked fine until few days ago, and even request to check with manager – Resulted in ZERO progress. I left upset and just stopped by the local Fry’s to buy new modem.

Well, guess what – new modem registered fine (for now at least), but still there is mostly No Internet. The signal is too weak and all corporate escalations are not helping so far. Whenever the new modem does work it is very slow and unstable, nowhere near advertised speeds we are paying good money for.

Apparently Comcast is aware of the issue and it has happened to many people, at least since 2011. In fact even though there is Stupid practice of putting MAC Address right on the outside of the box where everyone can just see & steal it while “browsing” local store shelves, we bought ours brand-new from reputable online store (Newegg). This further leads me to think there is manufacturer issue or Comcast simply spoofing these themselves on some older devices?

So chime in the comments if this has happened to you. Perhaps together we can figure out how a brand new sealed modem bought straight from-the-manufacturers-truck still had stolen MAC Address already? Meanwhile there is still no competition offering Internet in our area – seems like Comcast is aware of this and enjoying their monopoly all the way.

PS: I also called Arris/Motorola support on this, they said that it does happen a lot and normally they replace modems for customers, but since I bought mine so long ago they will not replace mine.

Share:
Other Posts That Might Interest You:
My Advice for Dealing with Anxiety (Social, Disorder or Otherwise)
Biggest Microsoft Security Lapse in Recent History – Skype’s achilles heel
SteamBurglar Malware – Theft in the Digital Age
The Zeitgeist Movie Series – My Take
Life Snippets 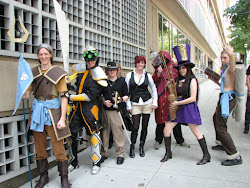