Just a quick post regarding the Software Industry drama unraveling here, here and here. Quick recap: Google is upset with “patent trolls” extracting fees from Android manufacturers via Patents. This ends up costing device manufacturers, and probably ends up making more money for Microsoft than they make from their Windows Mobile 7 sales!

As someone in the Software Industry I just wanted to say this: Over my 18 years in software industry I have seen Many ideas dubbed “revolutionary” at the time. But, I have not seen a single one that I would consider patent worthy. In fact – just about every “software patent” that I heard about was borderline ridiculous. More often than not same algorithms or coding concepts have been in use for years in various companies, but likely were never disclosed in the open. Sometimes, they may have been disclosed in open-source even, yet Patent office doesn’t check there, so they grant it anyhow.

Let’s say tomorrow I think of a clever double linked-list, combining hashed keys distribution buckets concept with bloom filters, to speed things up. Heck I could sit down and write it from scratch, all from my own head, simply because it seems like a great efficient idea to organize data in memory! Boom, someone else could patent it, even a year after I write it and use it, and now my code is violating patents?!

I promised short post so let me just sum up my thoughts on this:

So there – all problems solved – and no more giant corporations squabbling over source code that was (mostly) written years ago by (undoubtedly clever) developers who since moved on to write even more clever code, for someone else (who probably doesn’t try to trick patent office into patenting it).

Disclaimer: Opinions expressed above are strictly my own personal thoughts 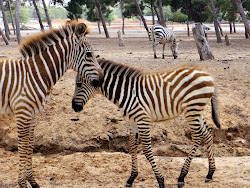