It is really basic premise, and I didn’t even invent it. Alas I have to warn other potential Tivo customers, after giving company many chances to make things right and a month of monumental efforts (mostly mine). Also, this is Not an investment advice regarding Tivo Inc (NASDAQ:TIVO).

We are long time Tivo customers and advocates and have 2 units at home which we enjoyed for many years. Recently, after HDMI output on our newer Tivo HD unit broke, we decided to upgrade to latest Tivo Premiere. We were disappointed to learn of increased monthly fee, but we finally decided that even with Many Great alternatives out there, we prefer the time-tested convenience of a Tivo box. Our new Premiere unit arrived as advertised and I promptly began the monumental effort needed to set it up and transfer data from our existing unit.

The manual transfer of previous recording that we didn’t watch yet is long and tedious process which could have easily been automated in about 1 week of effort for average developer IMHO. Instead I have to go through 3 screens of prompts for Every Single Show I have on the box. Few days (literally) later, I finally got that out of the way, so I set to transfer Season Passes. “Luckily” there is a handy Season Pass Manager on Tivo.com, I thought, but this is where the first big disaster hit! After reporting that many season passes cannot be transferred because there are no upcoming airing in the next 2 weeks, even remaining shows that supposedly should transfer did not arrive on the Tivo Premiere. Instead, I was greeted with countless “corrupt, delete me” entries on the Tivo box.

As I tried to recover from this by transferring only few shows at a time, Tivo website went completely nuts. Many reboots, Re-Syncs and support calls later – I was told to stop trying and just manually re-create our 150 passes… Naively I tried that as well, just for a bit, as I quickly discovered that Glee show (in Tivo’s own Top 5 Most Popular list and one of our favorites) Cannot Be Subscribed To! It simply pops up with “No Airings In the Next Two Weeks” error. I guess I naively thought that ability to keep your favorite show subscriptions was Tivo’s big selling point.

Meanwhile we started noticing many other things wrong with our “shiny new” Tivo. For the first week over 30 channels were completely missing their guide. I went through different troubleshooting steps daily with various Tivo techs, to no avail. Finally, I figured it out all by myself, managing to restore that part of functionality by repeating guided setup steps.

Still, there were many other issues – worse among them is the jumping screen and skipping video, especially if recording on the same channel as watching. Well, after some more calls, one of the techs suggested that perhaps we got a bad one and they will be happy to replace our new purchase. Reluctantly I agreed and another week later we received a Refurbished Tivo premiere unit (What??!?). Being at complete dead-end with options I spent Another Week transferring shows and doing CableCard pairing. Well, today I switched out the units and we were able to confirm most of the same issues on this Tivo Premiere as well.

As you can tell, we are still in shock and not sure where to go from here. It is very hard to justify monthly payment to Tivo when our experience with the unit is so horrid. As an aside, their whole Tivo Stream as a separate Expensive and Intrusive box is just another insult, since Tivo Premiere already comes with high speed network connection, and records everything digitally.

Back To My Big Question – Why Mess with what Is Not Broken!? We used Tivo HD and previous Tivo units for years and Never had these issues! This is with same CableCard and Cable connection, so they really can’t blame Comcast here! In fact, many issues are clearly Software Defects! It also becomes obvious that they lost all their good developers once you try their iPad Tivo client. While showing some promise, it promptly underwhelms you with limited features, constant crashes, disconnects and endless “refresh” loops. Tivo Inc’s company appeal over other Cable boxes Always Was their Software! How On Earth would they allow themselves to totally “rewrite” software for this new box and introduce so Many New Bugs and such a Poor User Experience!!?!? 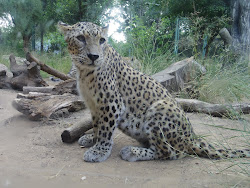