Let me open by saying that these movies are a classic definition of Propaganda. They follow the tried and true model of massaging real facts to their own needs, and using strategic omissions or worse. That said, I have long wondered whether monetary system is the best way to organize Planet’s resources at this stage of evolution for our mighty civilization. It is rather clear to me that human race is much further along thanks to invention of Money and evolution of Markets and Banking, but is Monetary System in it’s current form truly the best method to propel us onto the next stage of evolution as a species?

For those not familiar with the series, let me start of with by focusing on particularly ugly misinformation in the films:

Technological Utopia (what they call “The Venus Project”) was envisioned years ago, and even subject of one of the original Star-Trek episodes. I still believe that key issues that approach suffers from are still unresolved, including all essential Human Incentive problem, predicting and managing demand/supply and covering all critical “professions” for sustainability. Presence of Money solves all these via signaling mechanism, same one that movie presents as “evil” and “leading to inequality”.
Similar ideas have been tried and failed, so far. Latest example, and perhaps most similar to the series, is the Israeli Kibbutz cooperative. In conclusion, here is an interesting read about how they are faring today.
Although one way to look at money is debt, the true essence that we use it for in our economy is signaling. Here is a simple example where moneyless economy runs into trouble: You have newly designed holocam coming off the manufacturing line. First one is due to ship tomorrow, and both 19 year old gifted woman and 70 year old scientist are interested in it. How do we decide who gets the first one? First come first serve? what if 70 year old scientist happens to be the one who found cure for cancer? What if 3rd person is interested, one who invented faster than light space-travel? How do we measure one contribution against another? Today the answer is pretty much Money. 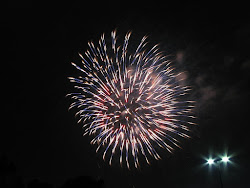